Into the Ground and Beyond v.2


The Cu Chi Tunnels is a network of underground tunnels that stretch for about 250 km across the city and all the way up to the Cambodian border. They were used prominently during the Vietnam War to provide shelter for Viet Cong soldiers and to transport communications and supplies. In addition, the troops were also able to engage in guerilla warfare against the American and South Vietnamese soldiers, as they could mount surprise attacks and then retreat into the safety of the tunnels immediately after. The tunnels later became the base for operations for the Viet Cong in 1968, when they launched the Tet Offensive. Today, they remain as one of Ho Chi Minh’s biggest tourist destinations, attracting thousands of people every year.


Identities and Relationships Exploration into: Conflict and relationships between individuals, society and environment


The conflicts experienced by a character in a literary work stem from the way he connects to his social and natural environment. 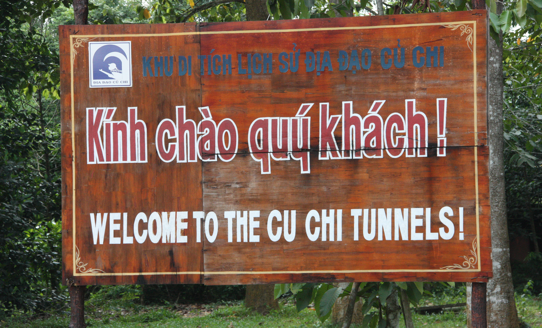