Temple of the Great Relics


Wat Mahathat or the Temple of the Great Relics is a 14th century Buddhist monastery located in Tha Wasukri, centre of Ayutthaya. Historians believe that the construction of the monastery began during the reign of King Borommaracha I and was completed during the reign of King Ramesuan [2]. The monastery which was constructed based on Khmer-style architecture comprising of laterite, bricks and mortar became part of UNESCO World Heritage Site in 1991 [3]. The most sacred location of the monastery during ancient times was the central main prang, which was 38 metres in height. It was also considered the most important structure of the monastery because the relics of the Buddha were hidden in the principal chamber of the main prang. The relics was discovered by the Fine Arts Department in 1956 [4]. It was placed in a seven layered stupa made out of silver, tin, lead, nag and gold, and decorated with precious stones such as emeralds, rubies and sapphires [5]. Among the other items that were discovered included Buddha images, votive tablets and gold plaques in animal forms. While the relics itself are currently on display at the Buddhaisawan Chapel in the Bangkok National Museum, the layers of the stupa are on display at the Chao Sam Phraya National Museum in Ayutthaya. The main prang which collapsed during the reign of King Songtham (1601-1628) was restored but it eventually collapsed again in 1911 [6]. The main attraction of this monastery is the head of a Buddha statue made of sandstone which is entwined by the roots of a tree. It is believed that thieves had carted the head of the Buddha statue from the main temple and hid it at a tree [7]. However, they never managed to take it away and over time, the roots of a Banyan tree have grown around the head of the Buddha, leaving only the face exposed.


Main Photograph: Paul Arps/ Flickr/ 2014 [1]. In this Learning Experience, you will learn how natural processes such as weathering and erosion can impact ancient monuments. You will also learn how the same geological processes can change the appearances and composition of rocks and minerals. This Learning Experience is suitable for learners Year 1 to Year 3. Note: The reflection phase will take place under Point B.


Orientation in Space and Time Exploration into: Scale, interaction, natural and human landscape and resources.


Geological processes play an integral role in forming and changing the composition and structure of rocks and minerals. 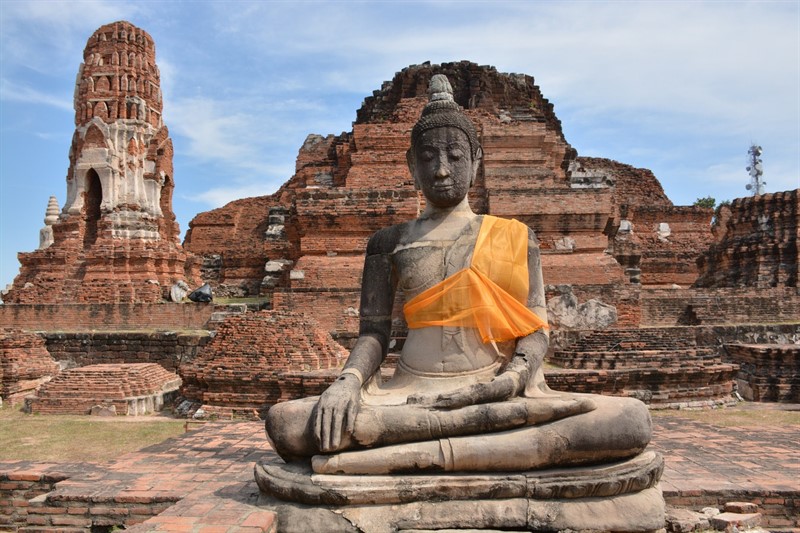