Wat Arun, or the Temple of Dawn is the most striking riverside landmarks of Thailand. Named after Aruna, the Indian God of Dawn, this temple was established by King Taksin during 1768 as his new capital of Thonburi, although its current design was shaped during the reign of King Rama II. Despite the name, the most spectacular view of the glittering monument can be seen from the east side of the river at sunset. The unique appearance of the Wat Arun makes it one of the most published images of Bangkok.


In this Learning Experience (LE), students will apply the technique of geometrical transformations in analysing the patterns, arrangements, and designs of Wat Arun. This LE is suitable for students secondary 3 and above.


Personal and Cultural Expression Exploration into: Beautiful patterns in crafts and construction


Using mathematical transformations can create orderly patterns that increase the aesthetic value of an architectural structure. 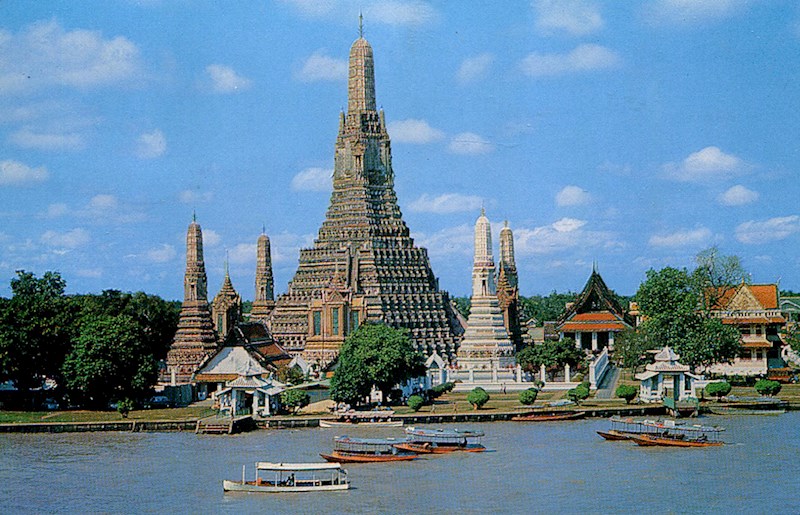